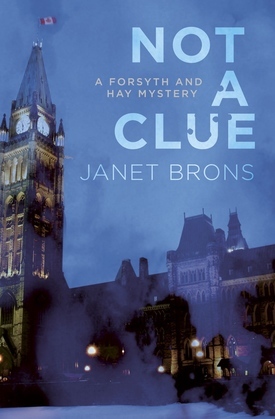 Royal Canadian Mounted Police Inspector Liz Forsyth digs into the murder of a Chechen immigrant, while in London her colleague, Scotland Yard Detective Chief Inspector Stephen Hay, searches for the killer of a young Canadian traveller.

In London, Detective Chief Inspector Stephen Hay of Scotland Yard heads up the investigation into the puzzling murder of a young Canadian woman travelling alone. Her killer was meticulous, leaving a serene-looking corpse and no clues. In Ottawa, Royal Canadian Mounted Police Inspector Liz Forsyth searches for the murderer of a young Chechen woman, who was shot at the gates of the Russian Embassy. No one knows who would want to kill her, except, perhaps, the Russians.

Separated by continents and responsibilities to their respective departments, Forsyth and Hay doggedly work their cases while still feeling the pull of their recent partnership. As Forsyth chases her case further into the complicated world of Russian and Chechen relations, Hay is at a standstill—until the murderer resurfaces.