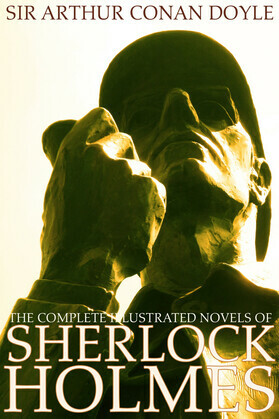 The Complete Illustrated Novels of Sherlock Holmes: A Study in Scarlet, The Sign of the Four, The Hound of the Baskervilles & The Valley of Fear (Engage Books) (Illustrated)

The Complete Novels of Sherlock Holmes includes A Study in Scarlet, The Sign of the Four, The Hound of the Baskervilles, and The Valley of Fear. Included are illustrations by Sidney Paget, George Hutchinson, James Greig & Charles Kerr. Holmes will need to use his various skills, including a knack at cracking ciphers, an aptitude for acting and disguise, tracking footprints, hand to hand combat, and knowledge of psychology to solve cases involving kidnapping, murder and revenge. Sherlock Holmes is famous for his intellectual prowess and is renowned for his skilful use of deductive reasoning, astute observation, and forensic skills to solve difficult cases. Deductive reasoning allows Holmes to impressively reveal a stranger?s occupation. Similarly, by studying inanimate objects, he is able to make astonishingly detailed deductions about their owners. This mindset was a major innovation in the field of crime fiction, inspiring authors like Robert J. Sawyer, Neil Gaiman and Stephen King.