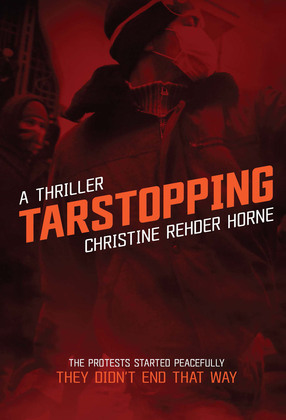 by Christine Rehder Horne (Author)
Buy for $11.99
Fiction Thrillers English literature American and Canadian literature
warning_amber
One or more licenses for this book have been acquired by your organisation details

In a flash, everything changes. After a group of radical environmentalists breaks into the house of a prominent oil company executive and holds him and his family hostage, the stage is set for a popular movement to coalesce around the incident.

They call themselves “Tarstoppers,” and by occupying Calgary’s parks and public areas they hope to shut down the oilsands. But even the most cynical of their number couldn’t anticipate what happened next.

Now Tim and Shannon, an ordinary couple caught up in the middle of history, must navigate a world newly populated with fifth columnists, foreign radicals, agent provocateurs and black bloc anarchists as chaos ensues right outside their door.

"The story also serves as a warning, but not the suspected 'the earth is going to hell' moral one would expect. Instead, the author prompts readers to face the reality of how ordinary people can be driven to violence with just the perception of a threat."
~ Jessica McIntosh, Fort McMurray Today

"This imagined clash between economic and environmental concerns admirably plays out tensions in the tar sands debate, exposing the best and the worst of humanity and showing what fighting for ideology can look like when the fighting stops being just a metaphor."
~ Andrew Guilbert, Alberta Views