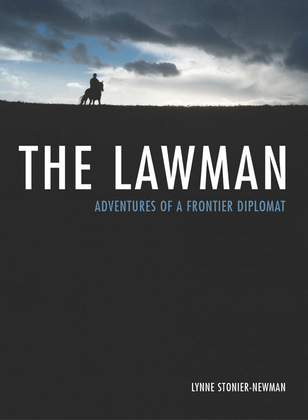 Keeping the peace in turn-of-the-century B.C.

Murderers, thieves and drunks tested the will of Superintendent Fred Hussey, the B.C. Provincial Police officer appointed to keep the peace in rough-and-tumble, turn-of-the-century B.C. But in his action-packed and often risky career, he always relied on the power of reason rather than force to set things right. Even his prisoners seemed to like him, it was said.

Hussey's work took him from formal dinners in elegant mansions to chilly breakfasts around campfires. In a 20-year period that saw the province's population mushroom by 100,000, he knew the famous and the infamous, from Judge Matthew Baillie Begbie to train robber Bill Miner and everyone in between. Inspecting his vast territory on horseback, by steamer and canoe, this remarkable man set the tone for the peaceful development of the young province.

A glimpse into the ambience of a bygone era, The Lawman is an engaging look at the life and adventures of a self-possessed hero in turbulent times.