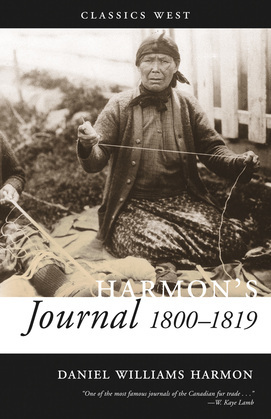 The first real look at the Canadian West

Harmon's Journal—the first published English-language journal written in B.C.-is a lively, engaging story that, unlike other early journals, captures the rough-and-tumble life of a fur trader and explorer in the western Canada of 200 years ago. Harmon's descriptions of the cultures and customs of the people he met provide important observations of various First Nations almost before they were touched by European culture. He also details activities of the traders and explorers with whom he exchanged letters—such notable personalities as David Thompson, Simon Fraser and John Stuart. Harmon writes with honesty and often raw emotion in his accounts of his travels and adventures, and his reflections are often profound. Harmon's Journal is the authentic 1957 edition of the journal edited by esteemed historian William Kaye Lamb.