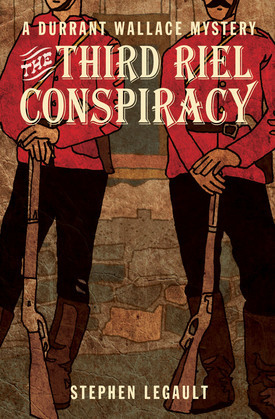 It is the spring of 1885 and the Northwest Rebellion has broken out. Amid the chaos of the Battle of Batoche, a grisly act leaves Reuben Wake dead. A Metis man is arrested for the crime, but he claims innocence. When Durrant Wallace, sergeant in the North West Mounted Police, begins his own investigation into the man?s possible motives, he learns there were many who wanted Wake dead. What Durrant uncovers is a series of covert conspiracies surrounding Metis leader and prophet Louis Riel. And, during the week-long intermission in Riel?s trial, he sets a trap to find Wake?s true killer.

The Third Riel Conspiracy is the second book in the Durrant Wallace Mysteries, a series of historical murder mysteries set during pivotal events in western Canada?s history.