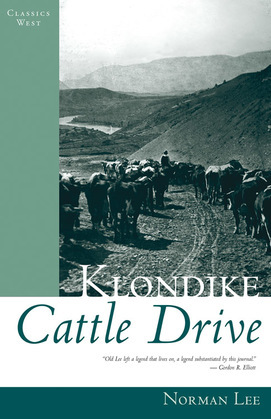 In 1898, Lee set out to drive 200 head of cattle from his home in the Chilcotin area of B.C. to the Klondike goldfields—a distance of 1,500 miles. He was gambling both his cattle and his life. This is his story, derived from the journal he kept, his letters and the loyal men who accompanied him. Throughout the daunting weeks of coping with mud, cold and sheer bad luck, Lee kept his sense of humour. When he returned from his Yukon trek, he rewrote the notes from his journal, illustrating his story with his own cartoons and sketches. He completed his manuscript around the turn of the century, but it sat untouched until 1960, when it was published by Howard Mitchell of Mitchell Press, Vancouver.