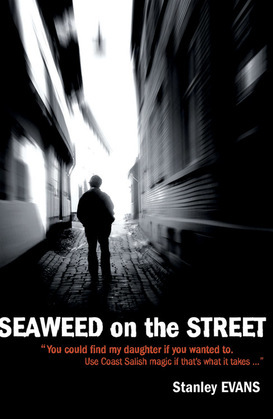 Seaweed on the Street

A billionaire?s daughter with an unsavoury past has mysteriously disappeared. Silas Seaweed, a savvy, street-smart investigator based in Victoria, B.C., is put on the case. His search for the young woman leads him on a trail of murder, greed and obsessive violence. Overcoming such obstacles as a pair of ruthless cocaine dealers, the murder of key witnesses and a failed attempt on his own life, Seaweed perseveres in his quest to bring a master criminal to justice, his journey taking him from the darker side of Victoria?s downtown to Nevada?s glittering casinos.

Blending modern-day crime detection with age-old Coast Salish ritual, Seaweed on the Street is an absorbing, suspenseful page-turner with a pace that never lets up from the first page to the last.