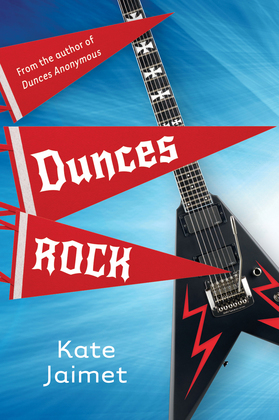 The Dunces?Josh, Magnolia, Wang and Wilmot?are back, and this time they?re going up against a formidable foe: Principal Hale, who has canceled their school?s drama and music program just when Wilmot needs it most. He has a guitar (given to him by a teen named Headcase), but no teacher and nowhere to practice (his dad hates rock ?n? roll). The Dunces? plan to convince Principal Hale to reinstate the program involves Josh?s reluctant participation in a hockey team, Magnolia?s enthusiastic role-playing and Wang?s disillusionment with a suspicious character named Hui Bing (aka Larry). But can the Dunces really rock, even when they rebrand themselves as Cousin Willy and the Wang Dang Doodles?