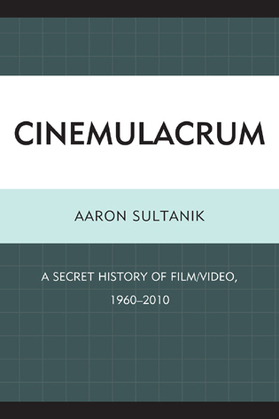 by Aaron Sultanik (Author)
Buy for $38.00 Excerpt
Nonfiction Arts Film & video History & criticism Mass media Television
warning_amber
One or more licenses for this book have been acquired by your organisation details

Cinemulacrum, a conflation of “cinema,” the art of the Hollywood film, and simulacrum, a reality counterfeit, was coined to designate contemporary media culture. This period is distinguished by the advent of digital film/video, an ideology of fantasy as the central narrative of movies and television, and a ruling audience demographic of the young adult. A pre-cinemulacrum era (1960-1980) and Age of Cinemulacrum (1980 to the present day) are demarcated to examine the fall—and rise—of classical Hollywood and the hegemony of television in a media dyad of movies and television.
Cinemulacrum argues that the convergence of technology, ideology, and audience represent the primary factors surrounding the social immediacy of movies and television, and that video, fantasy, and the young adult have replaced film, realism, and the family as the outstanding attributes of contemporary media culture.
A contemporary vision of media culture emerges in the 1980s. George Lucas and Steven Spielberg lead a populist new wave, combining technological modernity with a retro sensibility grounded both in B-movie melodramas and the genteel, domesticated television sit-coms of the 1950s. Television, however, gains an unrivaled authority through the spinoff production model and the expanded resources of cable with its 24/7 news, sports, and movies.
Advocating a new or alternate history of movies and television, the author assesses critical trends from America's hybrid media culture. The pre-cinemulacrum era is unraveled through an “apocrypha of violence”—a cycle of conflicting portrayals of movie violence and heroism in Bonnie and Clyde, Dirty Harry, The Godfather, Taxi Driver, and Rocky. The Age of Cinemulacrum is then characterized by the ‘making of simulacra’—the proliferating nature of movie sequels, prequels, and “special editions”—and by television's multi-generational young adult demographic of The Cosby Show, Seinfeld, and The Simpsons.
The author concludes his study with an annotated timeline—“The Seven Ages of Cinemulacrum”—listing the history-making movies and television programs in contemporary media culture.