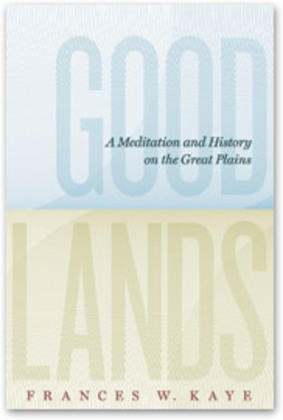 Amer-European settlement of the Great Plains transformed bountiful Native soil into pasture and cropland, distorting the prairie ecosystem as it was understood and used by the peoples who originally populated the land. Settlers justified this transformation with the unexamined premise of deficiency, according to which the Great Plains region was inadequate in flora and fauna and the region lacking in modern civilization. Drawing on history, sociology, art, and economic theory, Frances W. Kaye counters the argument of deficiency, pointing out that, in its original ecological state, no region can possibly be incomplete. Goodlands examines the settlers' misguided theory, discussing the ideas that shaped its implementation, the forces that resisted it, and Indigenous ideologies about what it meant to make good use of the land. By suggesting methods for redeveloping the Great Plains that are founded on native cultural values, Goodlands serves the region in the context of a changing globe.