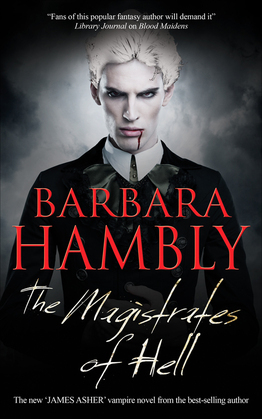 James Asher finds himself once more in alliance with vampire Don Simon Ysidro, as their investigations takes them to far-off Peking . . . October, 1912. James Asher, his wife Lydia, and the old occultist and vampire-hunter Dr Solomon Karlebach have journeyed to the new-born Republic of China to investigate the rumour that the mindless Undead - the Others that even the vampires fear - have begun to multiply in the caverns of the hills west of Peking. Alongside his old vampire partner, Don Simon Ysidro, Asher embarks on a sinister hunt, while somewhere in the city's cold gray labyrinth lurk the Peking vampires, known as the Magistrates of Hell - with an agenda of their own . . .