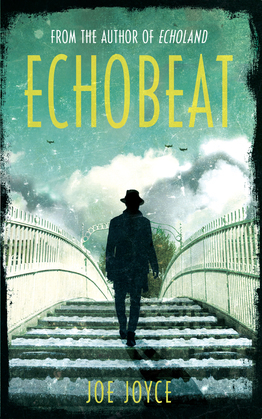 France is under German control, Britain is in danger and the United States has yet to join the war. Ireland has succeeded in staying neutral – so far. But rumours about a British troop build-up in the North stoke fears that Ireland is facing an invasion. And Germany’s bombing of Dublin suggests Berlin is trying to send a message, but the meaning is unclear.

Paul Duggan and his colleagues in G2, the intelligence unit of the Irish army, have to decipher Germany’s intentions fast. Meanwhile, Duggan is also running an undercover operation spying on German fliers interned in Ireland. Planned as a routine operation, it is anything but . . .

Echobeat is the second book in the Echoland Trilogy, which features Duggan, his Special Branch friend Peter Gifford, and a cast of political and intelligence operators in Ireland during the treacherous days of the Second World War.