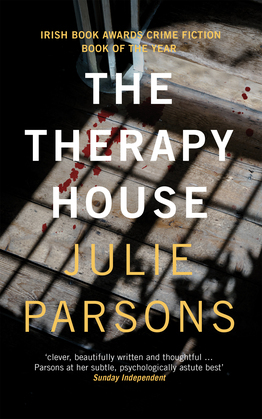 Bestselling author Julie Parsons (Mary, Mary, I Saw You, The Hourglass) is back with a powerful, compelling, and darkly chilling novel of violence, shame and deceit.


On Sundays peace was restored. He would lie down, dream and remember. He would enjoy. And later on the bell would ring. He would get up and walk downstairs. He would open the front door. And his life would come to an end . . .

Garda Inspector Michael McLoughlin is trying to enjoy his retirement – doing a bit of PI work on the side, meeting up with former colleagues, fixing up a grand old house in a genteel Dublin suburb near the sea.

Then he discovers the body of his neighbour, a retired judge – brutally murdered, shot through the back of the neck, his face mutilated beyond recognition. McLoughlin finds himself drawn into the murky
past of the murdered judge, which leads him back to his own father’s killing, decades earlier, by the IRA.

In seeking the truth behind both crimes, a web of deceit, blackmail and fragile reputations comes to light, as McLoughlin’s investigation reveals the explosive circumstances linking both crimes – and dark secrets are discovered which would destroy the judge’s legendary family name.