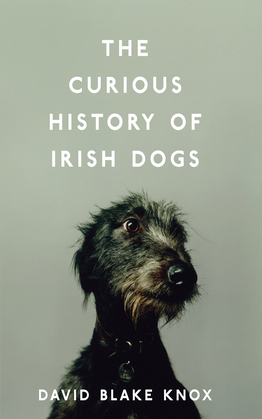 The Curious History of Irish Dogs

There are nine breeds of dog that are native to Ireland: four terriers, three gun dogs, and two hounds. In The Curious History of Irish Dogs, David Blake Knox tells the remarkable stories of each of the nine breeds, and reveals how they have become inextricably linked to the human beings with whom they share the island.

Irish Wolfhounds stalked through ancient Celtic mythology, while Kerry Beagles were among the victims of the Land War in the 1880s. Charles Stewart Parnell insisted that his Red Setter stay with him when he was on his death bed. During World War One, hundreds of Irish Terriers served on the front lines of the trenches. Michael Collins wanted to make the Kerry Blue the National dog of Ireland. The Glen of Imaal Terrier was deliberately bred to have a genetic defect, while the Irish Water Spaniel was reputed to be descended from the dobhar-chú – a Celtic spirit.

Six of Ireland’s nine native breeds of dog are now considered vulnerable to extinction, but they are an integral part of our cultural narrative and have added both to our social history – and to our happiness.