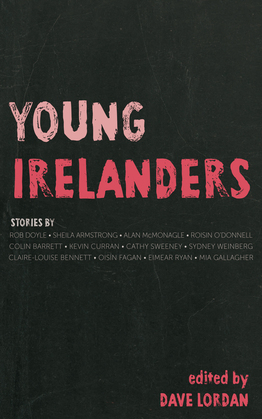 Young Irelanders is an exciting anthology of short stories that will open your eyes and soul to a new and continually evolving Irish literary scene, featuring a selection of Ireland's most gifted and daring contemporary short-fiction writers:

Young Irelanders reinvigorates the traditional Irish short story with a palpable sense of adventure. From Kevin Curran's heart-wrenching portrayal of bullying and suicide, to Roisin O'Donnell's beautifully poignant narrative of a Brazilian girl's journey to Ireland for love, to Rob Doyle' searing tale of infidelity, the characters in these tales are searching for love, for courage, for release, and for glory.

Surging with an energy and vigour synonymous with this new generation of Irish writers, the stories are in turn profound, shocking, lyrical and dark, while remaining endlessly and exuberantly inventive.