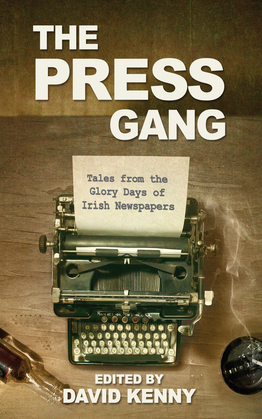 In September 1931, Pádraig Pearse's mother started a revolution in Dublin. She pushed a button, and the presses began rolling at Éamon de Valera's legendary Irish Press Newspaper Group, changing the landscape of Irish journalism forever. In The Press Gang, for the first time, fifty-five of its former writers and editors celebrate its glory days, from the 1950s to its closure in May 1995 - when the pub was the real office, and newspapers were full of insane, and insanely talented, people. There are stories of IRA gunmen in the front office, the reporter who broke his leg in two places (Mulligan's and the White Horse), Mary Kenny challenging the old boys' network, tea with Prince Charles, Johnny Rotten in a Dublin jail cell, and the hunt for Don Tidey. The Press Gang paints a poignant and hilarious pen-picture of an industry that has changed beyone recognition, and recalls an age of characters, chancers, genuises, and above all, brilliant journalism.