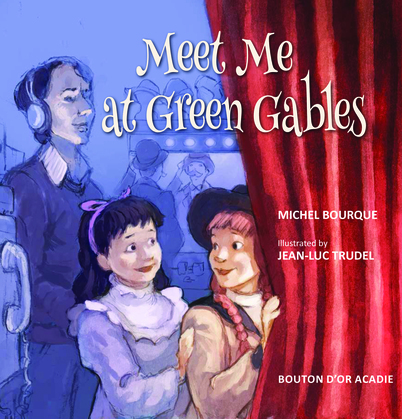 Meet Me at Green Gables

A true story of friendship : Gracie and Glenda dream of singing and dancing on stage. Their dream comes true in a musical inspired by the novel Anne of Green Gables !

Gracie Finley and Glenda Landry, two young girls from Charlottetown Prince Edward Island, both dream of being on stage. This is in the 1960's, just as the Confederation Centre of the Arts opens its doors in their hometown. Gracie and Glenda soon join the new theatre's company of actors and become best friends. To the delight of audiences, they take on the roles of kindred spirits Anne and Diana in the marvelous musical inspired by the novel Anne of Green Gables.