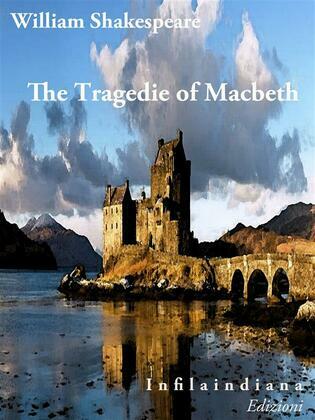 The Tragedie of Macbeth

The Tragedie of Macbeth, written between 1605 and 1608, is one of the most famous tragedies by William Shakespeare. Although the text is short, the play is particularly incisive because Macbeth is a timeless portrayal of the power-hungry man. The tragedy takes place in Medieval Scotland and is pervaded by evil and ambiguity. Whenever the main character seems hesitant, his wife pushes him to take the next step, culminating in the inevitable regicide. Macbeth is one of the most performed Shakespeare’s plays to this day.

Tradition has it that William Shakespeare was born the 23rd of April 1564 in Stratford-upon-Avon in Warwickshire. He lived, in the England of Queen Elizabeth I, a crucial moment for English history, when the definitive transitioning from the Middle Ages to Modern era took place. Among his ample literary production 37 theatrical plays, 154 sonnets and several poems survived to this day. Shakespeare is the all-time great English author. His plays include: King Lear and The Tragedy of Hamlet (tragedies), Much Ado About Nothing (comedy) and Richard III (historical drama). He dies the 23rd of April 1616 in Stratford-upon-Avon.