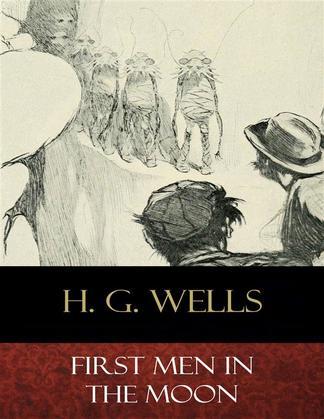 First Men In the Moon

The First Men in the Moon is a scientific romance published in 1901 by the English author H. G. Wells, who called it one of his "fantastic stories".

The novel tells the story of a journey to the moon undertaken by the two protagonists, a businessman narrator, Mr. Bedford, and an eccentric scientist, Mr. Cavor. Bedford and Cavor discover that the moon is inhabited by a sophisticated extraterrestrial civilization of insect-like creatures they call "Selenites".

The narrator is a London businessman who withdraws to the countryside to write a play, by which he hopes to alleviate his financial problems. Bedford rents a small countryside house in Lympne, in Kent, where he wants to work in peace.

C. S. Lewis explicitly stated that his science fiction books were both inspired by and written as an antithesis to those of H. G. Wells. Specifically, he acknowledged The First Men in The Moon to be "the best of the sort [of science fiction] I have read...." (From a letter to Roger Lancelyn Green).