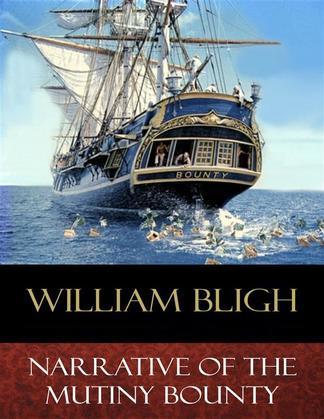 Narrative of the Mutiny Bounty

by William Bligh (Author)
Buy for €1.49 Excerpt
Nonfiction Biography & autobiography Adventurers & explorers Juvenile Adventure & adventurers History Exploration & discovery
warning_amber
One or more licenses for this book have been acquired by your organisation details

A Narrative of the Mutiny, on Board His Majesty's Ship Bounty; and the Subsequent Voyage of Part of the Crew, in the Ship's Boat, from Tofoa, One of the Friendly Islands, to Timor, a Dutch Settlement in the East Indies. Illustrated with Charts. First Published in 1790, by William Bligh.

Bounty's crew, led by Fletcher Christian, mutinied and set Bligh and eighteen loyal crewmen adrift in a 23-foot launch shortly after the ship had left Tahiti in April 1789. In their small boat Bligh and his companions made a remarkable journey of more than three and a half thousand miles from Tofoa to Timor in six weeks over largely uncharted waters.

The following Narrative is only a part of a voyage undertaken for the purpose of conveying the Bread-fruit Tree from the South Sea Islands to the West Indies. The manner in which this expedition miscarried, with the subsequent transactions and events, are here related.