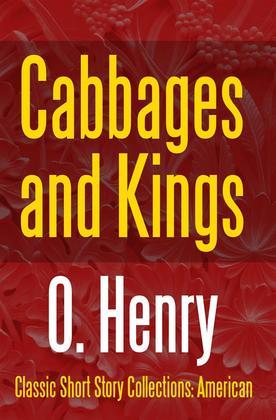 A series of stories which each explore some individual aspect of life in a paralytically sleepy Central American town while each advancing some aspect of the larger plot and relating back one to another in a complex structure which slowly explicates its own background even as it painstakingly erects a town which is one of the most detailed literary creations of the period.In this book, O. Henry coined the term "banana republic".

Set in a fictitious Central American country called the Republic of Anchuria, this is a classic tale that has been loved by many for generations, a great addition to the collection.

They will tell you in Anchuria, that President Miraflores, of that volatile republic, died by his own hand in the coast town of Coralio; that he had reached thus far in flight from the inconveniences of an imminent revolution; and that one hundred thousand dollars, government funds, which he carried with him in an American leather valise as a souvenir of his tempestuous administration, was never afterward recovered...

It is characteristic of this buoyant people that they pursue no man beyond the grave. "Let God be his judge!"—Even with the hundred thousand unfound, though greatly coveted, the hue and cry went no further than that.

To the stranger or the guest the people of Coralio will relate the story of the tragic end of their former president; how he strove to escape from the country with the public funds and also with Doña Isabel Guilbert, the young American opera singer; and how, being apprehended by members of the opposing political party in Coralio, he shot himself through the head rather than give up the funds, and, in consequence, the Señorita Guilbert. They will relate further that Doña Isabel, her adventurous bark of fortune shoaled by the simultaneous loss of her distinguished admirer and the souvenir hundred thousand, dropped anchor on this stagnant coast, awaiting a rising tide.

They say, in Coralio, that she found a prompt and prosperous tide in the form of Frank Goodwin, an American resident of the town, an investor who had grown wealthy by dealing in the products of the country—a banana king, a rubber prince, a sarsaparilla, indigo, and mahogany baron...