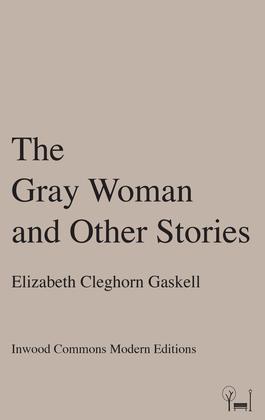 The Gray Woman and Other Stories

Elizabeth Cleghorn Gaskell’s classic book of 8 short stories shows life in Germany during the French Revolution, and in Manchester during the Industrial Revolution. Lightly edited for modern readers, this Inwood Commons Modern Edition includes translations from French and standardized spelling. The bones of the stories are just as she told them with no changes to plot or settings. Best of all the book includes the original unedited versions in appendices.

The Gray Woman: A young German woman is pressured into marriage only to discover her husband has a deadly secret.

Weird If True: An English tourist gets lost in the woods in France and stumbles into a strange party.

Christmas Storms and Sunshine: Rival political newspaper employees live in the same building in Manchester and clash during Christmas.

Hand and Heart: A little English boy tries to be kind in difficult situations.

Bessy’s Problems at Home: A teenage girl tries to manage the house and her five siblings while her mother is away.

Disappearances: A writer laments that the new detective police will prevent unexplained disappearances from being plot points in the future.