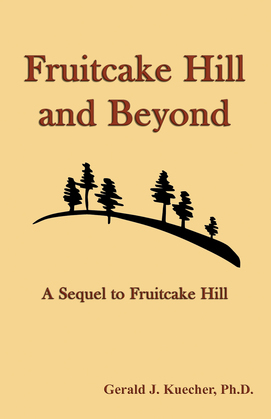 This sequel documents the author's journey from a simple farmhouse near Chicago to a number of amazing work locations far afield. The author contrasts his risk taking as a Midwestern youth with his life today, focused on his family and the joys of geologic discovery. He also makes numerous observations on the oil business and the differences between foreign workplaces regarding ethics, character, religions, customs, and etiquette. Fruitcake Hill and Beyond is a spirited read for those currently practicing or preparing to work in the arena of international exploration, petroleum service, development, the State Department, or other expatriate positions in foreign countries and missions.

About the Author:
Gerald J. Kuecher grew up in a Catholic family of 13 children in the southwestern suburbs of Chicago in the 1950's, 60's and 70's. Gerald completed his B.S. at Western Illinois University in 1973, his M.S. at Northeastern Illinois in 1982, and his Ph.D. at Louisiana State University in 1994. Between these dates and until his partial retirement in 2013, Gerald lived and worked as an expatriate consultant petroleum geologist in a number of intriguing locations, including St. Thomas of the US Virgin Islands, Trinidad, the Nile Delta and Gulf of Suez regions of Egypt, the Caspian Sea region of Kazakhstan, the Celtic Sea of Ireland, the Malacca Straits and the Natuna Sea of Indonesia, the eastern sector of Saudi Arabia, and the Gulf of Mexico. His interpretation of international cultures, religions and people in remote regions is interesting, humorous, and balanced.