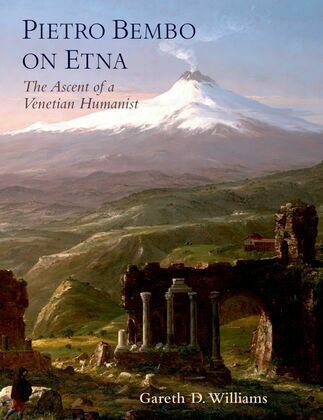 by Gareth D. Williams (Author)
Buy for $72.99 Excerpt
Nonfiction Social science Archaeology Literary collections Ancient, classical & medieval
warning_amber
One or more licenses for this book have been acquired by your organisation details

This book is centered on the Venetian humanist Pietro Bembo (1470-1547), on his two-year stay in Sicily in 1492-4 to study the ancient Greek language under one of its most distinguished contemporary teachers, the Byzantine émigré Constantine Lascaris, and above all on his ascent of Mount Etna in 1493. The more particular focus of this study is on the imaginative capacities that crucially shape Bembo's elegantly crafted account, in Latin, of his Etna adventure in his so-called De Aetna, published at the Aldine press in Venice in 1496. This work is cast in the form of a dialogue that takes place between the young Bembo and his father Bernardo (himself a prominent Venetian statesman with strong humanist involvements) after Pietro's return to Venice from Sicily in 1494. But De Aetna offers much more than a one-dimensional account of the facts, sights and findings of Pietro's climb. Far more important in the present study is his eye for creative elaboration, or for transforming his literal experience on the mountain into a meditation on his coming-of-age at a remove from the conventional career-path expected of one of his station within the Venetian patriciate. Three mutually informing features that are critical to the artistic originality of De Aetna receive detailed treatment in this study: (i) the stimulus that Pietro drew from the complex history of Mount Etna as treated in the Greco-Roman literary tradition from Pindar onwards; (ii) the striking novelty of De Aetna's status as the first Latin text produced at the nascent Aldine press in the prototype of what modern typography knows as Bembo typeface; and (iii) Pietro's ingenious deployment of Etna as a powerful, multivalent symbol that simultaneously reflects the diverse characterizations of, and the generational differences between, father and son in the course of their dialogical exchanges within De Aetna.