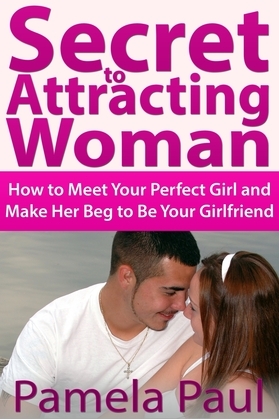 Secret to Attracting Woman: How to Meet Your Perfect Girl and Make Her Beg to Be Your Girlfriend

Meeting new girls isn't easy and having the courage to talk to them isn't exactly as simple as it is in the movies. Even then, the shuttering thought of being rejecting is one that most men would try to avoid at all cost. Rejection bounces from left and right and the good ones are usually hard to find.

In addition, the thought of constantly looking for someone new isn't as pleasing as it sounds, especially when you're too shy to approach them. Though the thought might sound frightening, you have nothing to lose.

If you want to know how to attract the woman that you've been interested in then you have to take the first step into talking to her. For the methods that comes afterwards, feel free to look inside this book.