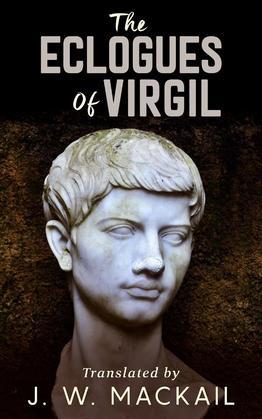 The Eclogues of Virgil

Publius Vergilius Maro (70-19 B.C.), known in English as Virgil, was perhaps the single greatest poet of the Roman empire—a friend to the emperor Augustus and the beneficiary of wealthy and powerful patrons. Most famous for his epic of the founding of Rome, the Aeneid, he wrote two other collections of poems: the Georgics and the Bucolics, or Eclogues.
The Eclogues were Virgil's first published poems. Ancient sources say that he spent three years composing and revising them at about the age of thirty. Though these poems begin a sequence that continues with the Georgics and culminates in the Aeneid, they are no less elegant in style or less profound in insight than the later, more extensive works. These intricate and highly polished variations on the idea of the pastoral poem, as practiced by earlier Greek poets, mix political, social, historical, artistic, and moral commentary in musical Latin that exerted a profound influence on subsequent Western poetry.