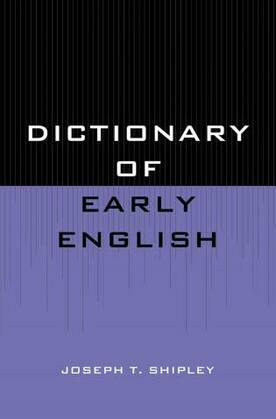 An alphabetical discussion of words from early English authors, including the most interesting, informative—and revivable—English words that have lapsed from general use.
Includes:
1) Words likely to be met in literary reading. Chaucer, Spenser, Shakespeare, the Tudor pamphlets and translations, are richly represented in words and illustrative quotations. The late 18th and early 19th century revival has been culled: Chatterton, Ossian; Percy’s Reliques and Child’s Ballads; Scott, in his effort to bring picturesque words back into use. In addition, anthologies, for the general reader or the student, have been examined, and works they include combed for forgotten words.
2) Words that belong to the history of early England, describing or illuminating social conditions, political (e.g. feudal) divisions or distinctions, and all the ways of living, of thinking and feeling, in earlier times. Anxiety, for example, is indicated, not in the 99 phobias listed in a psychiatric glossary of the 1950s but in the 120 methods (see areomancy) of determining the future.
3) Words that in various ways have special interest, as in meaning, background, or associated folklore. Included in this group are various imaginary beings, and a number of magic or medicinal plants.
4) Words that are not in the general vocabulary today, but might be usefully and pleasantly revived.