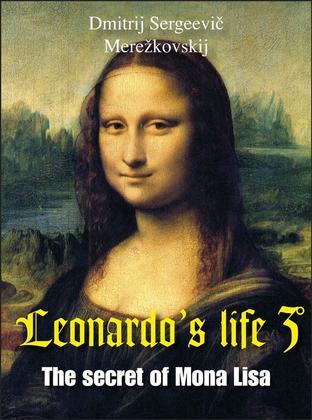 by Dmitrij Sergéevic Merežkovskij (Author)
Buy for €4.99 Excerpt
Nonfiction Arts Architecture History Romanticism
warning_amber
One or more licenses for this book have been acquired by your organisation details

Last chapter of the trilogy "Leonardo’s life". Werecked the star of Cesare Borgia, Leonardo returns to Florence. His fellow citizens do not love him. They are divided among those who suspect him of sorcery and those who accuse him of sodomy. He is consoled by his disciples, only. Not everybody. Meanwhile Michelangelo appears on the horizon, who contests him. Their rivalry is likely to degenerate into a sort of faid to be solved with the blood. Luckily he knows Monna Lisa Gioconda, wife of a merchant of cloths and skins. It is the anchor to which it clings to not wreck, the island on which to land in order not to drown. Too bad you can not talk about his feelings. He devotes her however to the "painting" absolute, the painting in which he reaches the highest expression of the artist, the work that, together with the Cenacolo, will make him immortal. Monna Lisa dies on return journey from Calabria, then Leonardo leaves Italy and retreats to France. There he lives among regrets and new works, in which many of people see the representation of the Antichrist.