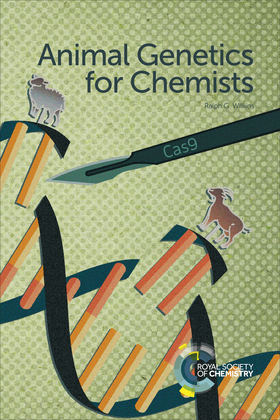 by Ralph G Wilkins (Author)
Buy for $49.00 Excerpt
Nonfiction Science and technics Science Life sciences Biochemistry Chemistry
warning_amber
One or more licenses for this book have been acquired by your organisation details

Accounts are appearing on some facet of genetics in nearly every issue of scientific magazines and often in the daily newspapers. This book sets out to cover the fundamentals of the subject without the details in a much larger genetics text in order to provide background reading for those not studying the subject. It features humans (a lot), other mammals (a good deal) and occasionally other animals to illustrate principles. Although many of the important concepts were established with prokaryotes and plants, the text is confined to animals in order to keep the book a manageable size and since now many of the concepts can be explained using the animal kingdom.

Supported with numerous figures and short vignettes, often from current areas of research such as tackling cystic fibrosis with gene directed drugs, genetic analysis of Richard III remains or reconstructing woolly mammoth haemoglobin, the reader will be entertained as they gain knowledge about this important area without going too deeply into the subject. Written in an appealing style, it will be useful to a wide audience from chemists, pharmacists and healthcare professionals.