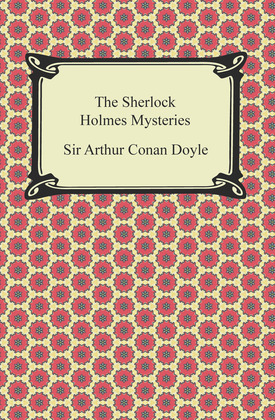 There is no greater detective in fictitious London than Sherlock Holmes. Created by Sir Arthur Conan Doyle in the late 1880's, the nimble-minded detective was known for his logical reasoning and early forensic science skills to solve England's most gruesome crimes. Along with his trusted sidekick Dr. John H. Watson, Holmes proves his ability as a gumshoe and a master of disguise. Stories like "The Adventure of the Speckled Band" require inventive and creative measures for Doyle's intelligent detective to solve a murder. The crime took place in a locked room with no way in or out, and it is only when Holmes locks himself in the room that he able to solve the mystery and reveal the true killer. In another story, Holmes is outsmarted by a woman in "A Scandal in Bohemia," though he looks upon the case with fond memories because he was dazzled by the woman and her wit and charms. The stories do not all focus on mere intelligence, though. Holmes faces a great deal of action, fighting, and gun play in his line of work. He was also one of the first fictitious characters to use forensic evidence to help solve crimes. Most of the forensic sciences had not been developed at the time of Doyle's writing; thus, Sherlock Holmes' stories actually helped create and shape forensics. This collection, "The Sherlock Holmes Mysteries", is a wonderful addition to any book collection, and it is an exciting read for audiences of all ages.