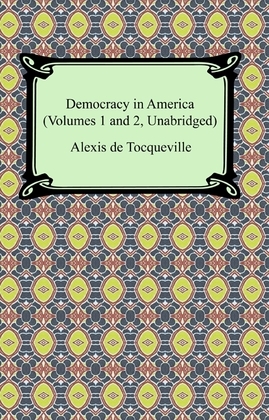 Democracy in America (Volumes 1 and 2, Unabridged)

In 1831, the then twenty-seven year old Alexis de Tocqueville, was sent with Gustave de Beaumont to America by the French Government to study and make a report on the American prison system. Over a period of nine months the two traveled all over America making notes not only on the prison systems but on all aspects of American society and government. From these notes Tocqueville wrote "Democracy in America", an exhaustive analysis of the successes and failures of the American form of government, a republican representative democracy. Contained here are both of the unabridged volumes of that classic exposition as translated by Henry Reeve.