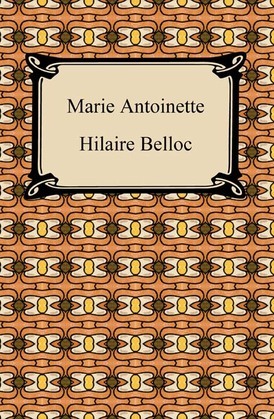 Marie Antoinette was the wife of Louis XVI of France, the reigning King at the time of the French Revolution. Louis XVI's failure in running the country along with Marie Antoinette's unpopularity were central elements that led to the political climate at the end of the 19th century in France and ultimately would seal their own tragic demise and the end of the monarchy. Hilaire Belloc, a Frenchman himself who was raised in England, constructs an excellent biography of Marie Antoinette in this volume. Belloc's work spans from her birth to her trial and conviction for blocking the efforts at establishing a French democracy, the result of which ends with her tragic death on the guillotine. Belloc's work is an interesting and historical look at an important time for the country of France as seen through the life of its last Queen.