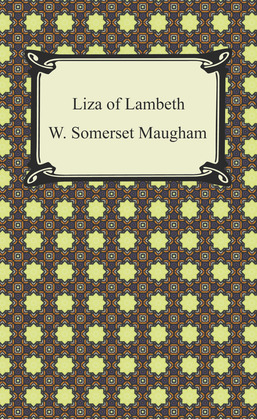 William Somerset Maugham (1874-1965) was born in the British embassy in Paris in 1874, son of a British solicitor and his socialite wife. He developed a stammer in childhood, which prevented him from entering into a legal profession like his father and brothers, so it was decided that he would study medicine. His secret passion for literature led to the publication of "Liza of Lambeth" in 1897, and sparked a literary career that would make Maugham one of England's most successful authors of the twentieth century. The novel depicts the Lambeth slum along Vere Street, London, and the people who lived in poverty there. Liza Kent is the youngest of 13 children, is working in a factory in the slum, and enters into a passionate but reckless affair with an older, married neighbor, Jim Blakeston. Although the novel demonstrates clear themes of poverty and stereotypical gender roles, it surprisingly does not call for social reform.