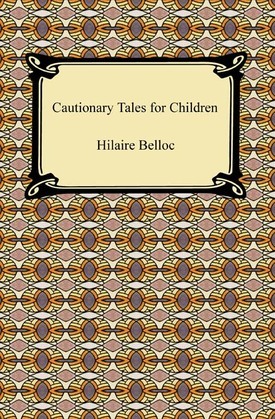 One of Hilaire Belloc's most famous works, "Cautionary Tales for Children" satirizes a genre of admonitory children's literature popular in England in the late 18th and 19th centuries. The seven stories contained in this work are macabre parodies of childhood lessons, and will entertain more sophisticated readers who can appreciate these tales of disproportionate punishment. Presented in a classic picture book style, illustrators have captured the foibles of children like Jim, who let go of his nurse's hand and was eaten by a lion; Matilda, who told lies, and was burned to death; and Henry King who swallowed string. The consequences range from naughty children being whimsically eaten by lions, to stern reprimands for a boy who fires a loaded gun at his sister. Originally written nearly a century ago, Belloc's sprightly verses are a quick and cathartic read for teenagers, and reflect a trend of literature that is still popular today.