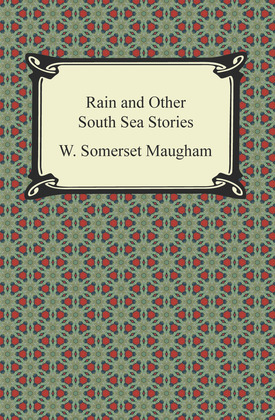 Rain and Other South Sea Stories

While most of W. Somerset Maugham's novels achieved high commercial sales and critical acclaim at the turn of the 20th century, Maugham was also an accomplished short story writer. His stories compiled in "Rain and Other South Sea Stories" describe the beauty and feelings of the South Pacific at a time of British colonization. The most popular short story, "Rain", describes the futile attempts of an English missionary to convert a certain prostitute on the Pacific isles. The prostitute's immorality bothers the missionary, but Maugham refused to "punish" his more depraved characters. He was less concerned about satisfying the principles of his time period and more interested in allowing his characters to live their lives free of judgment. Maugham's prose style in the stories varies; as he was writing during the conversion to modernism, Maugham tried his hand at both the typical prose style and the more avant-garde style. "Rain" falls under the first category, while the stories "Honolulu" and "Mackintosh" are more experimental in nature. Regardless, Maugham's works are a welcome addition to the early 20th century literature canon because of their inclusive nature, strong female characters, and well-rounded plot arcs. The tales combined within "Rain and Other South Sea Stories" tell more than their own stories, but they also tell the story of the changing world views of the time.