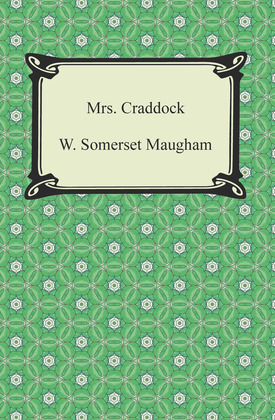 Bertha Lay is a woman of independent means. On her 21st birthday she inherits her deceased father's money and pursues a courtship with 27 year old Edward Craddock, who despite being tall, strong, and handsome, is below her station in life. Bertha justifies her matrimonial choice believing that the dying stock of her blood line requires "the freshness and youth, the massive strength of her husband, to bring life to" it. Shortly after their honeymoon, she realizes that her husband is a bore and, what is more, rather insensitive to her needs. As time passes and the vision Bertha has for a pastoral life with her husband rising to the archetypal country squire comes true, she finds that her marriage is not all that she bargained for. Ultimately the severe differences between Bertha and her husband become evident to her, causing her to deeply regret the decision that she has made to marry him. "Mrs. Craddock" is the story of an unhappy marriage which due to its bleak viewpoint was first published in an edited version. This edition reprints the 1903 edition.