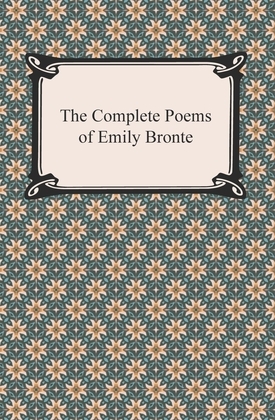 The Complete Poems of Emily Bronte

Emily Brontë (1818-1848), of the well-known Brontë family, is best known for her novel "Wuthering Heights", which has been deemed a classic of English literature. She wrote two complete notebooks of poetry by 1844, which were soon discovered by her sister, Charlotte. At Charlotte's urging, Emily began publishing the poems in collaborative works with her two sisters under the pseudonyms Acton, Ellis and Currer Bell. Emily's poems were praised by critics for their power and intellect, although the collections did not sell well upon their publication. Because she wrote entirely for her own satisfaction, without desire for fame or posterity, Emily Brontë's poetry displays a private, instinctive style. The genuine nature of her words, which were inspired by the traditions of her Romantic predecessors, expresses a true artistic vision of energy, life and the soul from an intensely introspective point of view.