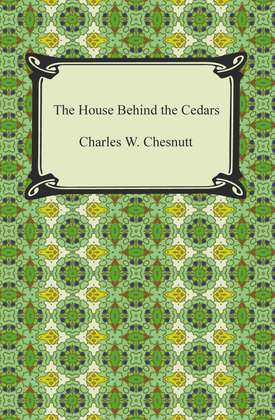 The House Behind the Cedars

Charles W. Chesnutt (1858-1932) was an author, essayist and political activist whose works addressed the complex issues of racial and social identity at the turn of the century. Chesnutt's early works explored political issues somewhat indirectly, with the intention of changing the attitudes of Caucasians slowly and carefully. His characters deal with difficult issues of miscegenation, illegitimacy, racial identity and social place. They also expose the anguish of mix-race men and women and the consequences of racial hatred, mob violence, and moral compromise. Originally published in 1900, "The House Behind the Cedars" explores the South's obsession with race. A drama of a brother and sister who "pass for white" during the dangerous days of Reconstruction, this novel offers a realistic, unsentimental perspective on the role of race in American 19th century life. The story entails deception, but it is also an account of passion that impairs boundaries placed on it by cruel, illogical standards.