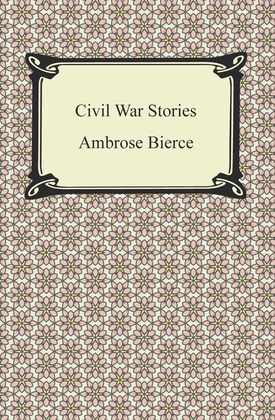 Popular American writer Ambrose Bierce comes alive in the magnificent collection of short stories, "Civil War Stories." Having been no stranger to the battlefield, Bierce draws upon his experience as a soldier and the stories he heard during the American Civil War in this collection. However, his tales do not happily reminisce about the good times; instead, Bierce's dry wit and love of the macabre guide his stories to much darker places. "Civil War Stories," includes the tale "Chickamauga", the story of a young boy who fell asleep in the woods after playing alone. When he wakes, he sees a group of soldiers marching back from a battle. In jest, the young boy begins marching with them, and even participates in burning a house to the ground. In Bierce's most famous and chronicled story "An Occurrence at Owl Creek Bridge." Peyton Farquhar, a Confederate sympathizer, is tricked by the Union soldiers and is hanged in front of his wife and children. Somehow, though he manages to escape his noose and is able to run far away from the frenzied scene. Regardless of which of the sixteen stories included in this collection that you read, you will be amazed at Bierce's ability to spin a short, suspenseful tale about one of the most tumultuous times in American history.