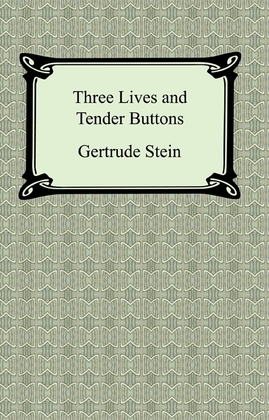 "Three Lives" is a series of novellas, three independent stories set in the fictional town of Bridgepoint. The first story is that of "The Good Anna", about Anna Federner, a servant of "solid lower middle-class south german stock." The second story is that of "Melanctha", who is the daughter of a black father and mixed-race mother. The third story is that of "The Gentle Lena", which follows the life and death of the titular Lena, a German girl brought to Bridgepoint by an aunt. To this is added "Tender Buttons", which is Stein's most famous work of hermetic poetry.