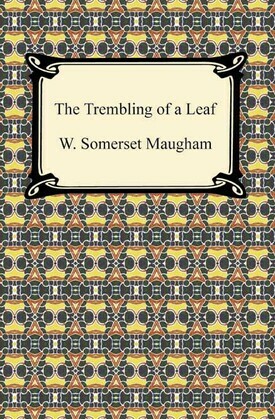 The Trembling of a Leaf

English novelist, short story writer and playwright, William Somerset Maugham (1874-1965), achieved incredible success in the twentieth century with the reading public, despite a lackluster reception from literary critics. His simple and lucid style complemented his interesting and highly-developed characters, appealing to readers as much in the 1920s and 1930s as it does today. The works contained in this edition—The Pacific, Mackintosh, The Fall of Edward Barnard, Red, The Pool, Honolulu, Rain, and Envoi—were inspired by Maugham's journeys to the South Sea Islands of the Pacific. Through these stories, Maugham sought to differentiate between his view of life in the South Seas from the views of his 'Romantic' predecessors like Herman Melville, Pierre Loti, and Robert Louis Stevenson. Readers will appreciate Maugham's honest and vivid accounts of cultural and racial interactions, love in the tropics, and his unforgettable descriptions of exotic islands in these dramatically powerful tales.