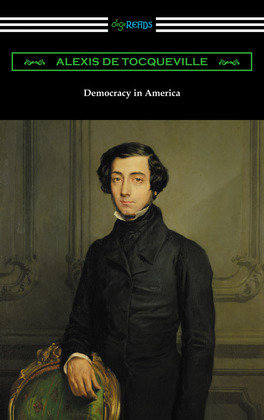 Democracy in America (Volumes 1 and 2, Unabridged) [Translated by Henry Reeve with an Introduction by John Bigelow]

In 1831, the then twenty-seven year old Alexis de Tocqueville, was sent with Gustave de Beaumont to America by the French Government to study and make a report on the American prison system. Over a period of nine months the two traveled all over America making notes not only on the prison systems but on all aspects of American society and government. From these notes Tocqueville wrote “Democracy in America”, an exhaustive analysis of the successes and failures of the American form of government, a republican representative democracy. Tocqueville believed that over the past seven hundred years the social and economic conditions of humanity were progressively becoming more equal. The future was, in his opinion, inevitably drawing humanity towards the democratic ideal thus diminishing the power of the aristocracy. Tocqueville’s predictions of the changing nature of human civilization seem almost clairvoyant in retrospect. First published in two volumes in 1835 and 1840, “Democracy in America” remains one of the most important historical documents of America and political analysis of its form of government. This edition includes both unabridged volumes as translated by Henry Reeve and an introduction by John Bigelow.