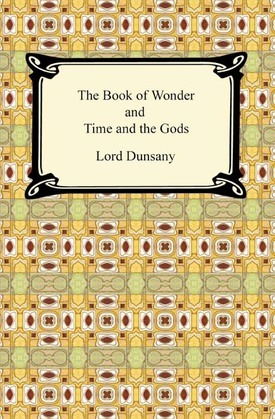 The Book of Wonder and Time and the Gods

Famed Anglo-Irish author, Lord Dunsany (1878-1957), was a short story writer, playwright, poet, essayist and autobiographer whose works earned him notoriety as one of the most significant contributors to the modern fantasy genre. His short stories, especially, were widely popular with audiences who enjoyed his formulated mythologies, his examination of the nature of time and human existence, and his satiric, and often anti-industrial, views on the relationship of humanity to nature. This edition contains "The Book of Wonder," Dunsany's seventh book and fifth original short story collection. In these fourteen highly original tales, Dunsany leads his readers into fabulous, mythical realms full of extraordinary creatures and seductive landscapes. Also included in this edition, "Time and the Gods" is a collection of stories written at the peak of Dunsany's talent. This invented mythology, almost biblical in style, will enchant readers with its intricate language and the fantastic images of people, places and things dreamed up by this pioneer of fantasy fiction.