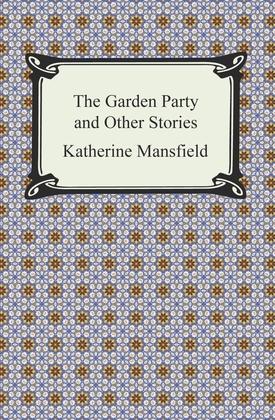 The Garden Party and Other Stories

Katherine Mansfield (1888-1923) is credited alongside James Joyce as the creator of the modern short story. The New Zealand-born Englishwoman embraced a Bohemian lifestyle and became involved in a series of scandalous relationships, which greatly influenced some of her most significant work. Her best-known writings were produced in her final years, as she was plagued by illness. Her fiction is dominated by themes of male-female relationships, sexual ambivalence and gender roles. Most of her work focuses on female protagonists and demonstrates the problems of social relationships. This collection, written between 1920-1922, includes “At the Bay,” a story that proposes there is more to a woman's life than marriage and motherhood; “The Garden Party,” which explores class differences; “The Daughters of the Late Colonel,” a story about life and death; “Marriage à la Mode,” about the dissolution of a relationship; “Miss Brill,” Mansfield's memorable tale of the lonely woman, and several more.