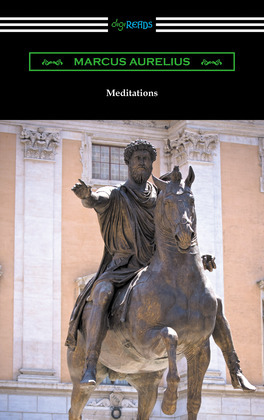 Meditations (Translated by George Long with an Introduction by Alice Zimmern)

by Marcus Aurelius (Author)
Buy for $5.99 Excerpt
Nonfiction Human science Philosophy
warning_amber
One or more licenses for this book have been acquired by your organisation details

Marcus Aurelius was born in Rome in 121 AD and would become its Emperor from 161 to 180. Considered by Machiavelli as the last of the good Emperors, Marcus Aurelius would become one of the most important of the Stoic philosophers. Educated in oratory, he would turn aside from rhetoric to the study of the Stoic philosophy, of which he was the last distinguished representative. The "Meditations," which he wrote in Greek, are among the most noteworthy expressions of this system, and exhibit it favorably on its practical side. The work is a series of twelve books that he intended for his own guidance and self-improvement, which picture with faithfulness the mind and character of this noblest of the Emperors. Simple in style and sincere in tone, they record for all time the height reached by pagan aspiration in its effort to solve the problem of conduct. In Marcus Aurelius?s practice of this philosophy along with his teaching he showed that ?even in a palace life may be led well.? This edition follows the highly-regarded translation of George Long and includes an introduction by Alice Zimmern.