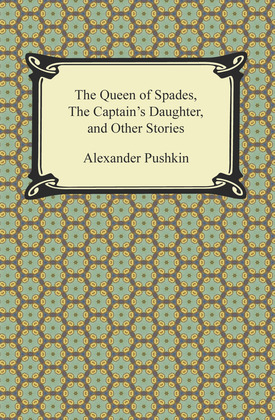 The Queen of Spades, The Captain's Daughter and Other Stories

By the time Alexander Pushkin (1799-1837) was twenty years old, he was already being recognized in the Russian literary scene as a great talent. He was born in Moscow and educated at home and at the Lyceum, studying Latin and eighteenth century French literature. Often seen as the founder of modern Russian literature and the first important Russian Poet, Pushkin's early works spoke largely to social reform which resulted in his exile to southern Russia until 1826; however, he continued to write unabated for his entire life. His poems and plays incorporated elements of drama, romance and satire that would from then on be associated with Russian literature, and his short stories are deemed by some to be the perfect Romantic tales. This collection of short stories begins with his finest prose story, "The Queen of Spades," and includes "The Captain's Daughter," "The Lady Rustic," "The Pistol-Shot," "The Snow-Storm," "The Undertaker," "The Station-Master," and "The Moor of Peter the Great."