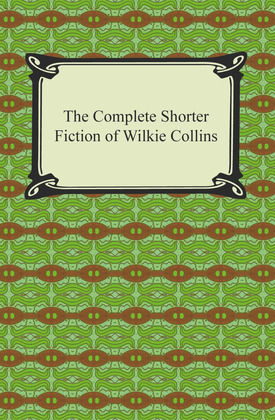 William Wilkie Collins (1824-1889) is best known as the innovator of the English detective novel, whose sensational novels, plays, and short stories were hugely popular in the Victorian Era. Aside from his highly successful novels, Collins' short stories were eagerly awaited as they appeared in serial form in many English and American periodicals, including those of his close friend, Charles Dickens. Today, readers enjoy Collins' intricate and suspenseful plots, and his penetrating social commentary on the plight of women and domestic issues of the time. Unfortunately Collins suffered from rheumatic gout, for which he took the opiate laudanum, and which eventually led to paranoid delusions and the deterioration of his health. This edition contains Collins' entire collection of short fiction, including: "A Terribly Strange Bed," the dark and suspenseful tale of a young man in a precarious hotel room, "The Frozen Deep," and "The Dream Woman," to name a few.