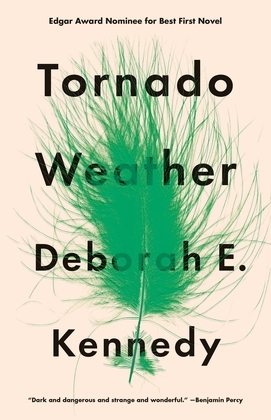 An Edgar Award Nominee for Best First Novel
"Dark and dangerous and strange and wonderful...Kennedy writes with the gritty poetry of Daniel Woodrell and misfit sensibility of Flannery O'Connor." --Benjamin Percy

Deborah Kennedy tells the story of a five-year old girl who goes missing in a small town, a place where everyone knows something different about her disappearance and about each other.

Five-year-old Daisy Gonzalez's father is always waiting for her at the bus stop. But today, he isn't, and Daisy disappears. When Daisy goes missing, nearly everyone in town suspects or knows something different about what happened. And they also know a lot about each other. The immigrants who work in the dairy farm know their employers' secrets. The hairdresser knows everything except what's happening in her own backyard. And the roadkill collector knows love and heartbreak more than anyone would ever expect. They are all connected, in ways small and profound, open and secret.

By turns unsettling, dark, and wry, Kennedy's powerful voice brings the town's rich fabric to life. Tornado Weather is an affecting portrait of a complex and flawed cast of characters striving to find fulfillment in their lives - and Kennedy brilliantly shows that there is nothing average about an average life.