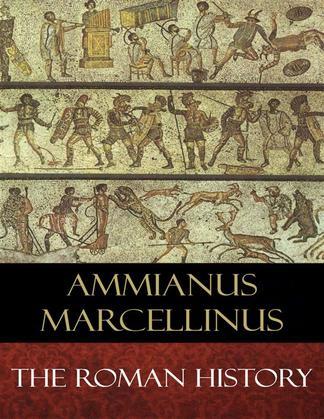 History during the Reigns of the Emperors Constantius, Julian, Jovianus, Valentinian, and Valens.

Of Ammianus Marcellinus, the writer of the following History, we know very little more than what can be collected from that portion of it which remains to us.

From that source we learn that he was a native of Antioch, and a soldier; being one of the prefectores domestici—the body-guard of the emperor, into which none but men of noble birth were admitted. He was on the staff of Ursicinus, whom he attended in several of his expeditions; and he bore a share in the campaigns which Julian made against the Persians. After that time he never mentions himself, and we are ignorant when he quitted the service and retired to Rome, in which city he composed his History.

We know not when he was born, or when he died, except that from one or two incidental passages in his work it is plain that he lived nearly to the end of the fourth century: and it is even uncertain whether he was a Christian or a Pagan; though the general belief is, that he adhered to the religion of the ancient Romans, without, however, permitting it to lead him even to speak disrespectfully of Christians or Christianity.

His History, which he divided into thirty-one books (of which the first thirteen are lost, while the text of those which remain is in some places imperfect), began with the accession of Nerva, A.D. 96, where Tacitus and Suetonius end, and was continued to the death of Valens, A.D. 378, a period of 282 years.